This week’s 8 incoming parties had good fishing but, going into red hot in the North East Private Rivers. 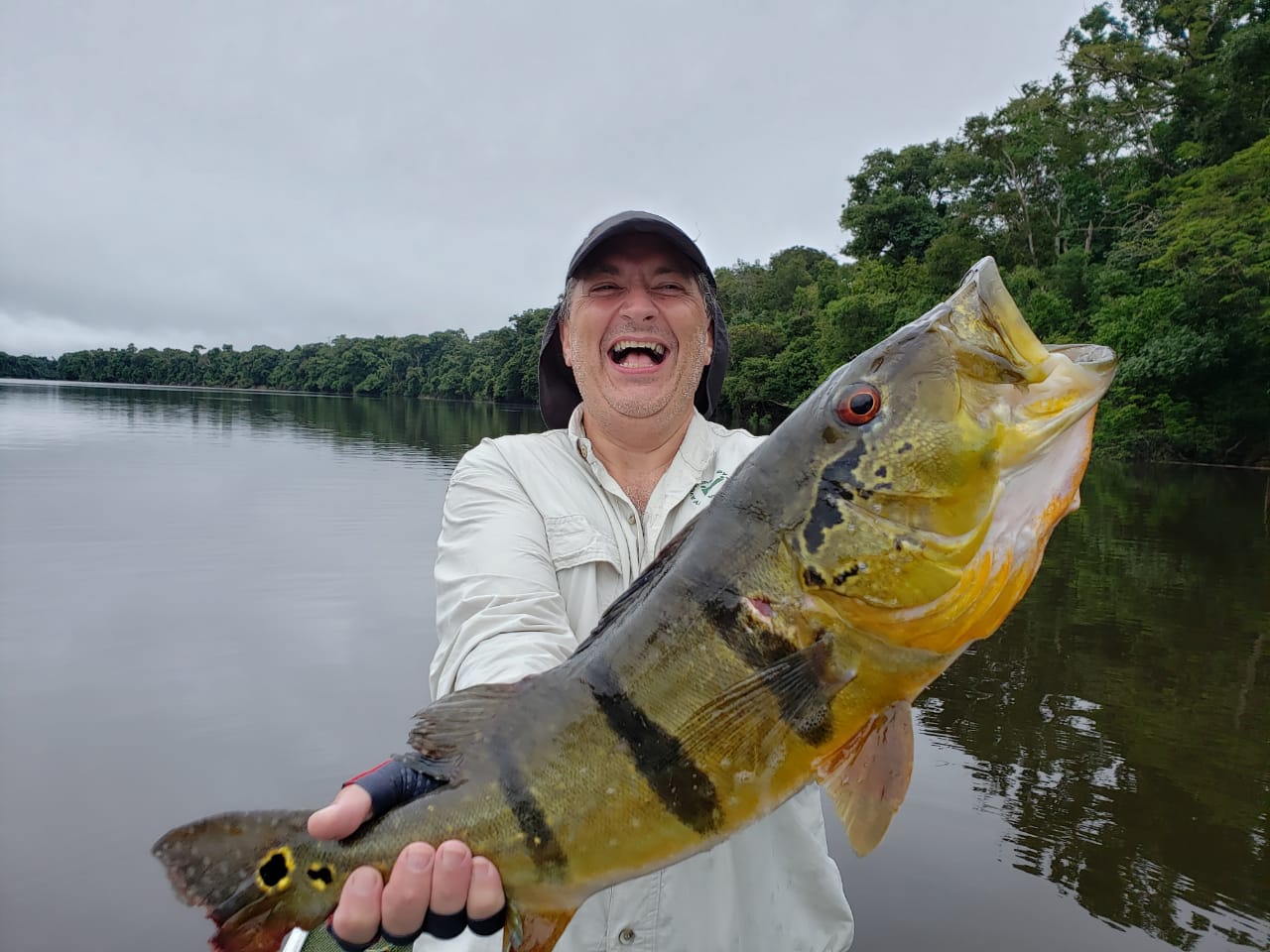 Stats: Last week 27 anglers caught in 6 ½ days only a get by 2,920 peacocks, since waters went up as forecasted. This week’s incoming 8 parties totaling 44 anglers, over this last week-end (2 ½ days) landed only 1,478 peacocks with 136 peacocks between 10 and 16 lbs.; 9 between 17 and 19 lbs.; and 3 between 20 and 22 lbs. However, since water levels are forecasted to continue to drop extremely fast, and as water pours out of the North East Dry Zone the remaining 4 days of fishing should be at their best!

This tally excludes a multifarious array of tropical species landed. Two arapaima were landed, 28 and 40bls as well as many other such as jacunda, amapa, cachorra, oscar, aruana, wolfish, pacu, oscar, bicuda, piranha, etc. And, as always, a few monster catfish (pirarara, surubi,etc) were landed by those anglers wishing to fish in deep holes late in the afternoon. 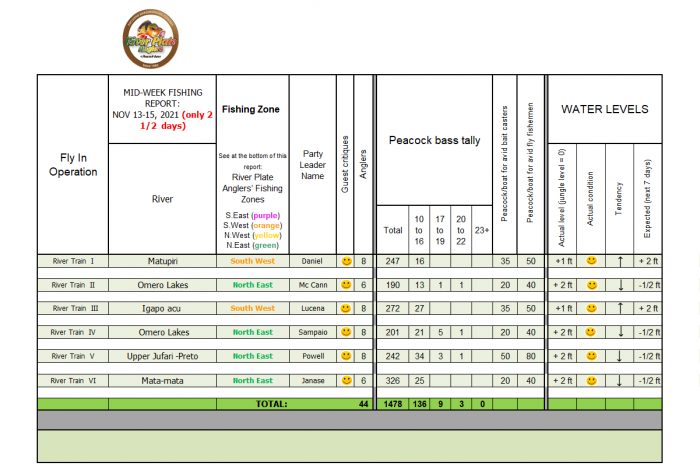 (Click on the table to see it at full size)

Ammo: Most effective lures for big peacocks are topwater for the bait casters on the Omero and Jufaris since these fisheries are way below their sustainable season’s capacity. On the other hand, Topwater lures are becoming MUCH less effective in the South West fisheries since we have reached the sustainable capacity for the Matupiri and Igoapacu estimated at 8 weeks per season.

South West Zone (Matupiri and Igapo-Acu, see map below): Water levels should continue to rise according to the 10-Day Accumulated Rainfall (see below). However, we will still maintain the last 2 River Trains as a fall back in this zone, since the rainfall forecasted in the North East Dry Zone is still not favorable.

North East Zone (Omero, Upper Jufaris, Mata-Mata, see map below): Although fishing has been average on the Omero, Mata-mata and on the Upper Jufaris, both areas will have excellent fishing for the rest of this week since water levels should be dropping as evidenced by last week’s 10-Day Accumulated Rainfall Forecast , but it may be rising again next week as evidenced by this week’s forecast. See this and last week’s forecasts below

North East Zone  > 10-Day Accumulated Rainfall Forecasts are for the towns marked in green below, which affect water levels on the Omero lakes and the Upper Jufaris. As seen below water levels will be falling rapidly. 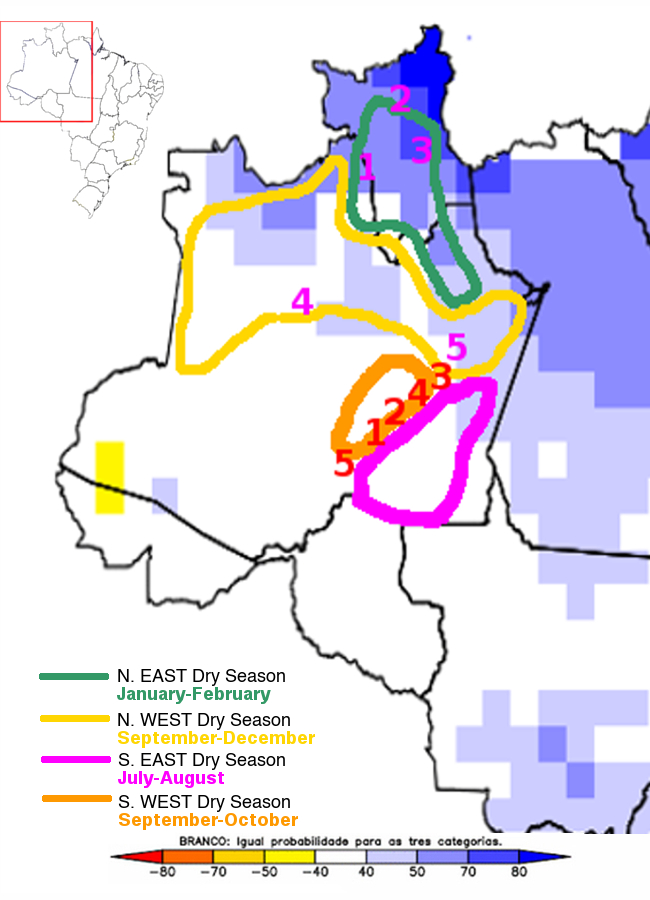 In the map above, the white color means normal rainfall forecasted. Note that our selected fishing area during January and February, which is the North East Zone, is in light blue, meaning that there is a slight positive anomaly; ie.: this zone should receive slightly more rainfall than expected. 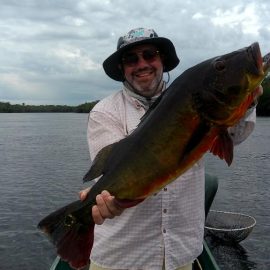 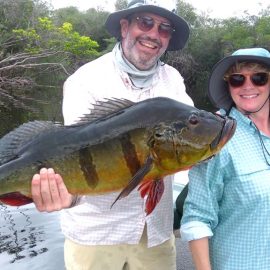