Another great week with 1571 Peacocks released in 2 ½ days 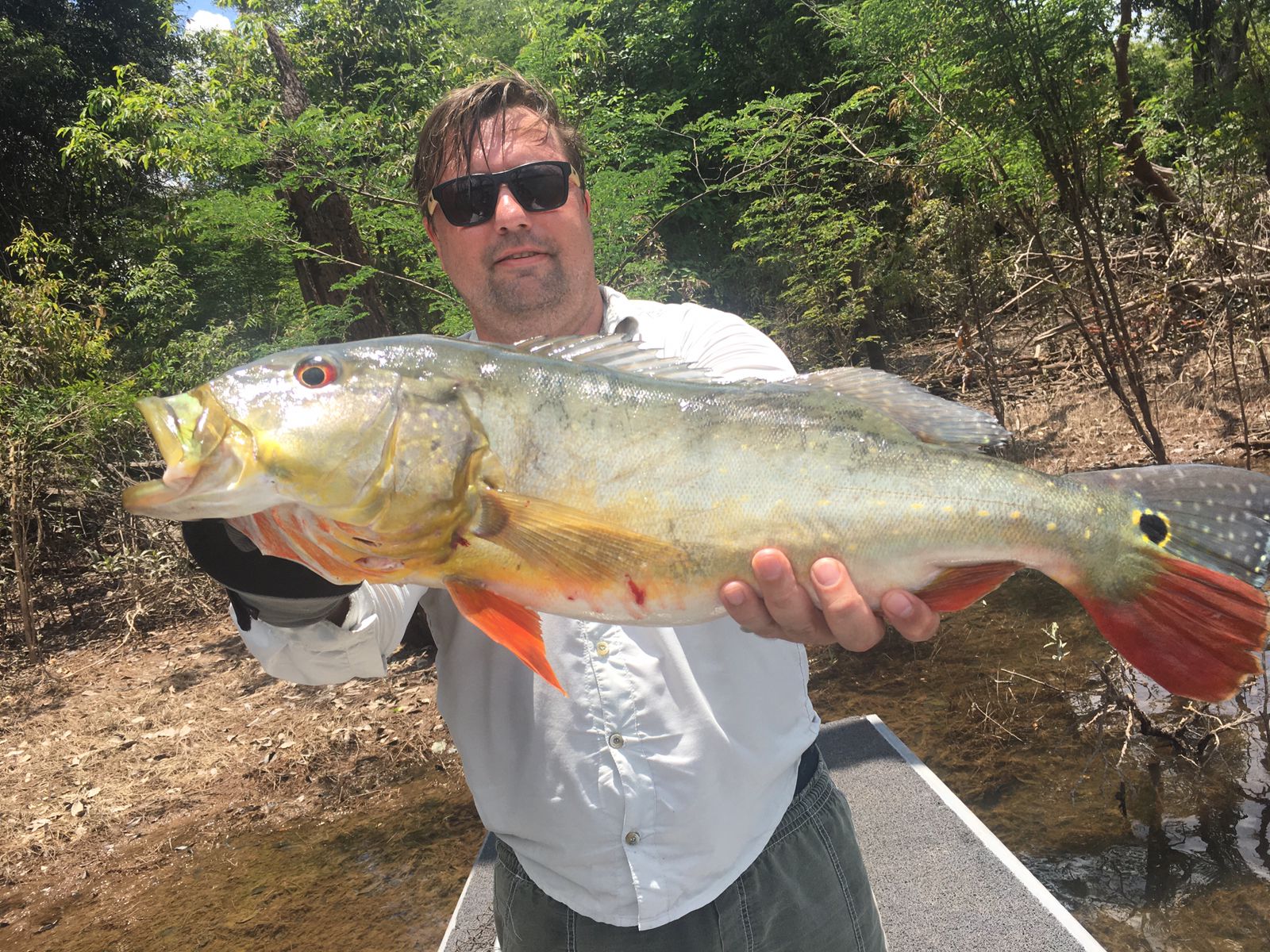 This last Saturday afternoon up to yesterday (Monday) 4 parties, totaling 32 anglers landed in only 2 ½ days 1.571 peacocks along with few other “tamer” tropical species, such as, jacunda, aruana, wolfish, bicuda, piranha,etc. And, as always, a few monster catfish were landed by those anglers wishing to fish in deep holes late in the afternoon. 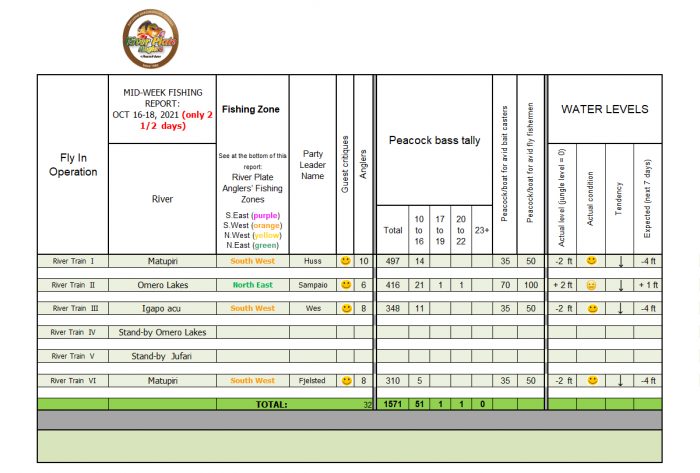 (click on the table to see it at full size)

Most effective lures are jigs for the bait casters. Streamer flies (large Mikey fins) for the fly casters have done well. Topwater lures are becoming less effective since we are reaching the sustainable capacity for these two private rivers estimated at 8 weeks per season. We should be moving to the North East private rivers next week.

South West Zone (Matupiri and Igapo-acu, see map below): Water levels will be dropping faster and should reach its lowest point this week, as a consequence of the 10-Day Accumulated Rainfall Forecast shown below. Fish size reached its peak last week as evidenced by last week’s great results. Fast falling levels should stabilize just 3-5 ft below the jungle line in the next 4-8 days, then may start rising. By then we should be starting our operation up North.

North East Zone (Omero Lakes, see map below): Although fishing has been very good in this area, water levels are a bit high, and may even rise because of the high 10-Day Accumulated Rainfall Forecast shown below.

South West Zone >Today’s 10-Day Accumulated Rainfall Forecasts are for the towns marked in orange below, which affect water levels on the Matupiri and Igapo-Acu. The accumulated rainfall between 1.5 and 2 inches for most towns means that water levels will drop slowly in the region. However, rainfall between 1.5 and 1.0 inches means that levels will drop rapidly, which is now the case and more so last week, as shown below:

In the map above, note that our preferred fishing areas for this time of the year, South West Zone and North East Zone are in light blue, which means a slight positive anomaly; ie.: they should receive slightly more rainfall than the expected. 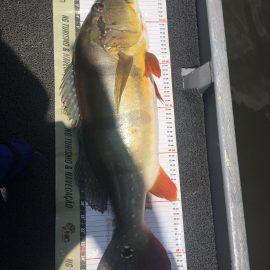 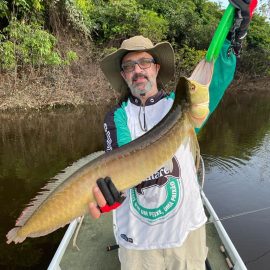 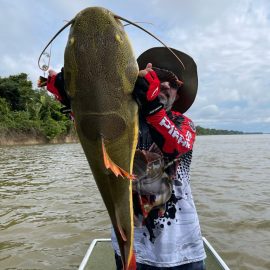 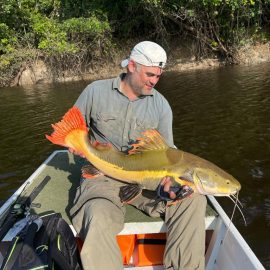 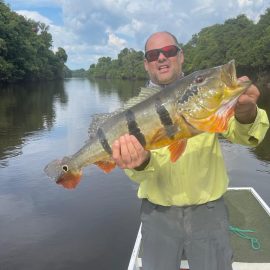