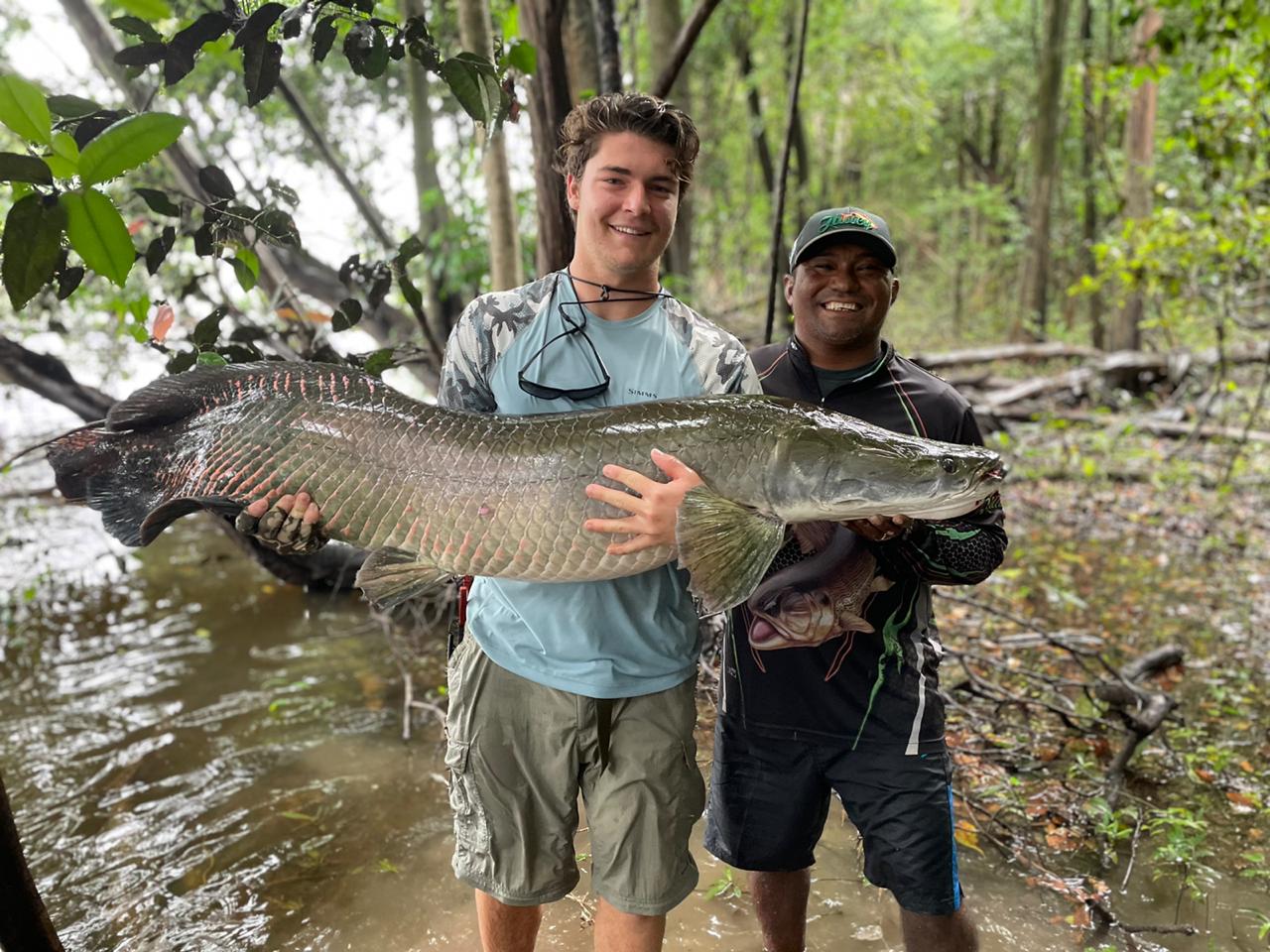 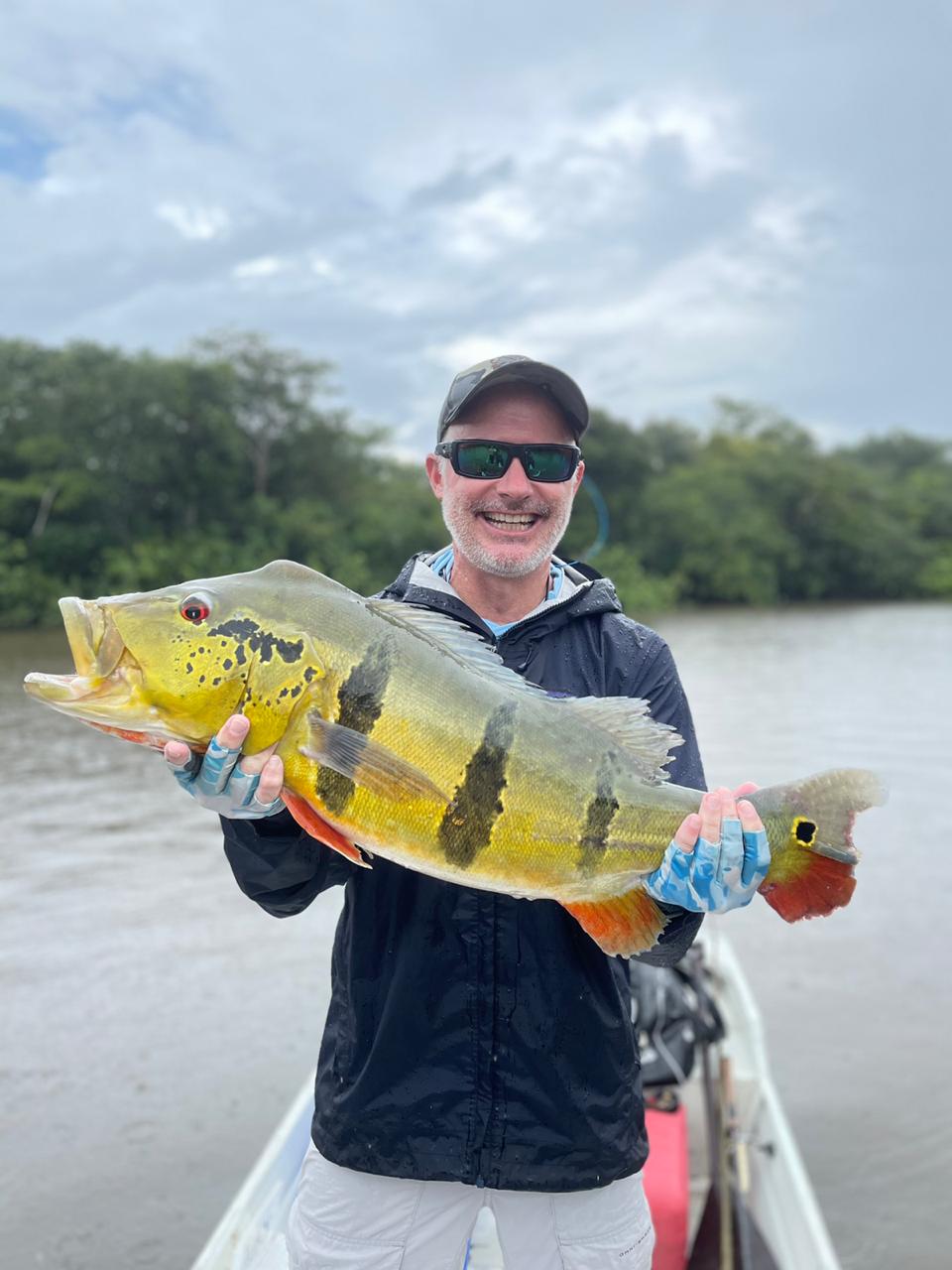 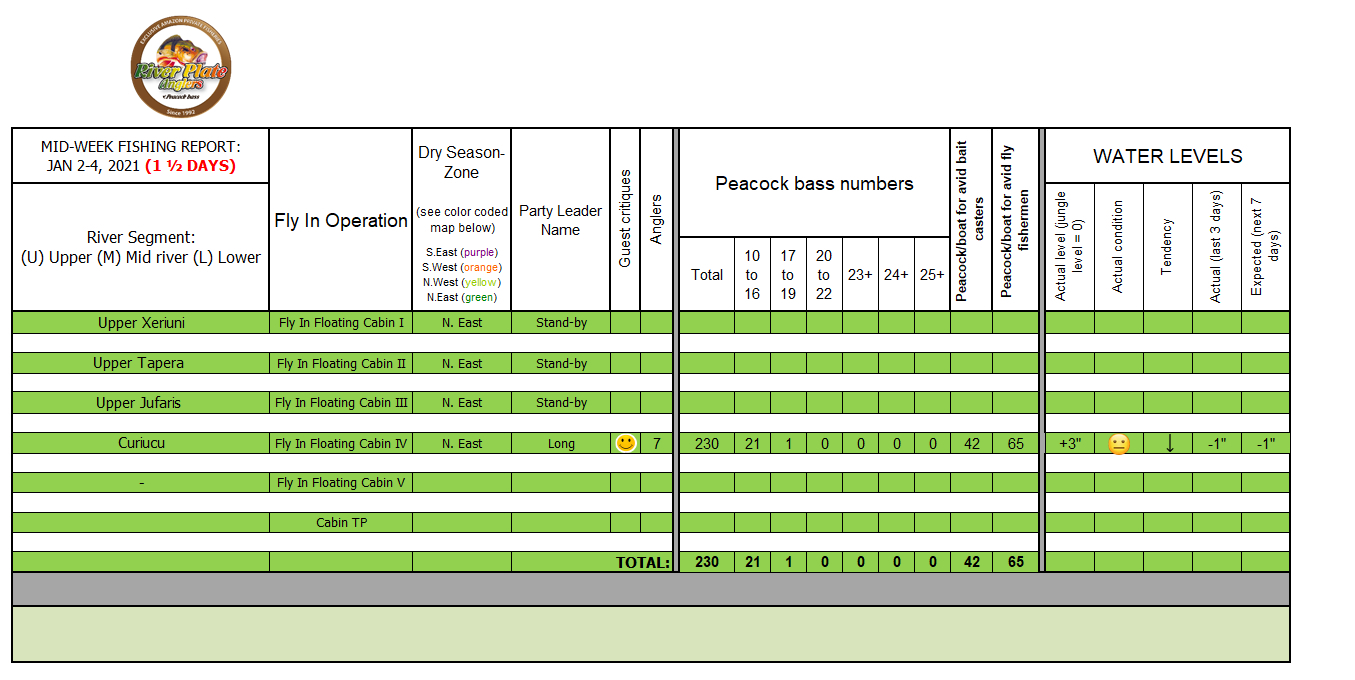 (note: this 1 1/2 day report is to rush last weekend’s conditions to our incoming anglers)

Curicuri (part of the Omero system) in Dry Season-Zone N. East: The Randy Long group of 7 anglers landed 210 peacocks during a half-day on Sunday and all of Monday, including 4 over 16 pounds and 2 large Arapaimas.

The last departing group before Christmas landed over 1000 fish in this fishery, with three 19 pounders including Aruana, Arapaima, Sardinata, Tambaqui and Apapa; and 2 Arapaimas over 40 lbs. 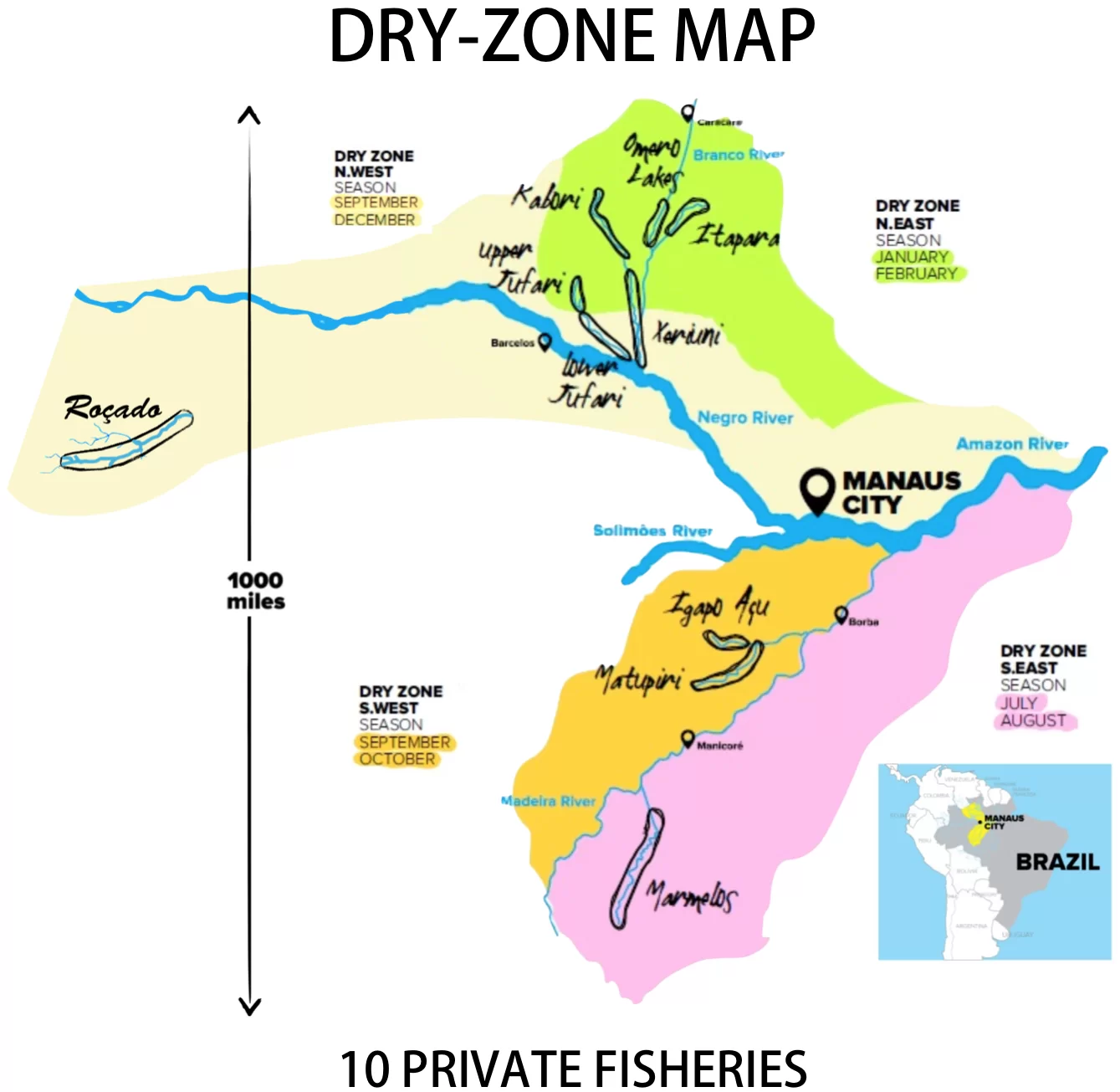 Dry Season-Zone N. East: Fishing has been very good for the last 16 consecutive weeks, and forecasts indicate that the Omero, upper Itapara and Kabori water levels should be falling into reasonable levels, which is expected at the end of December.

We have moved our standby operations into these areas. See how these water level dynamics coincide with the large blue and white map labelled “Previsao Climatica”.

Dry Season-Zone N. West: Water levels on the northern tributaries of the Negro River have not begun to drop, which is not normal for this time of the year. Therefore, we have moved most of our stand-by operations out of this zone on the lower Xeriuini into the Kabori, also in Dry Season-Zone N. East.

Dry Season-Zone S. East: Water levels in this area 150 miles south of Manaus are high, which is normal for this time of the year.

Dry Season-Zone S. West: Water levels in this area 450 miles south of Manaus are high, which is normal for this time of the year. 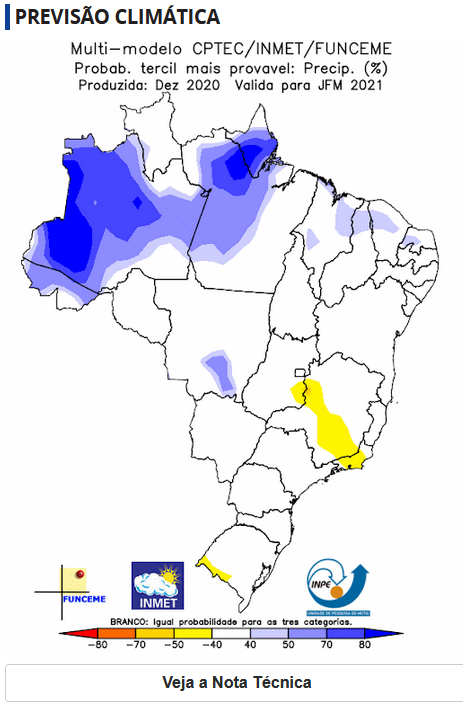 Total expected rainfall for the above locations: