Latest from The Situation Room of River Plate Anglers

The Omero is back with great fishing! 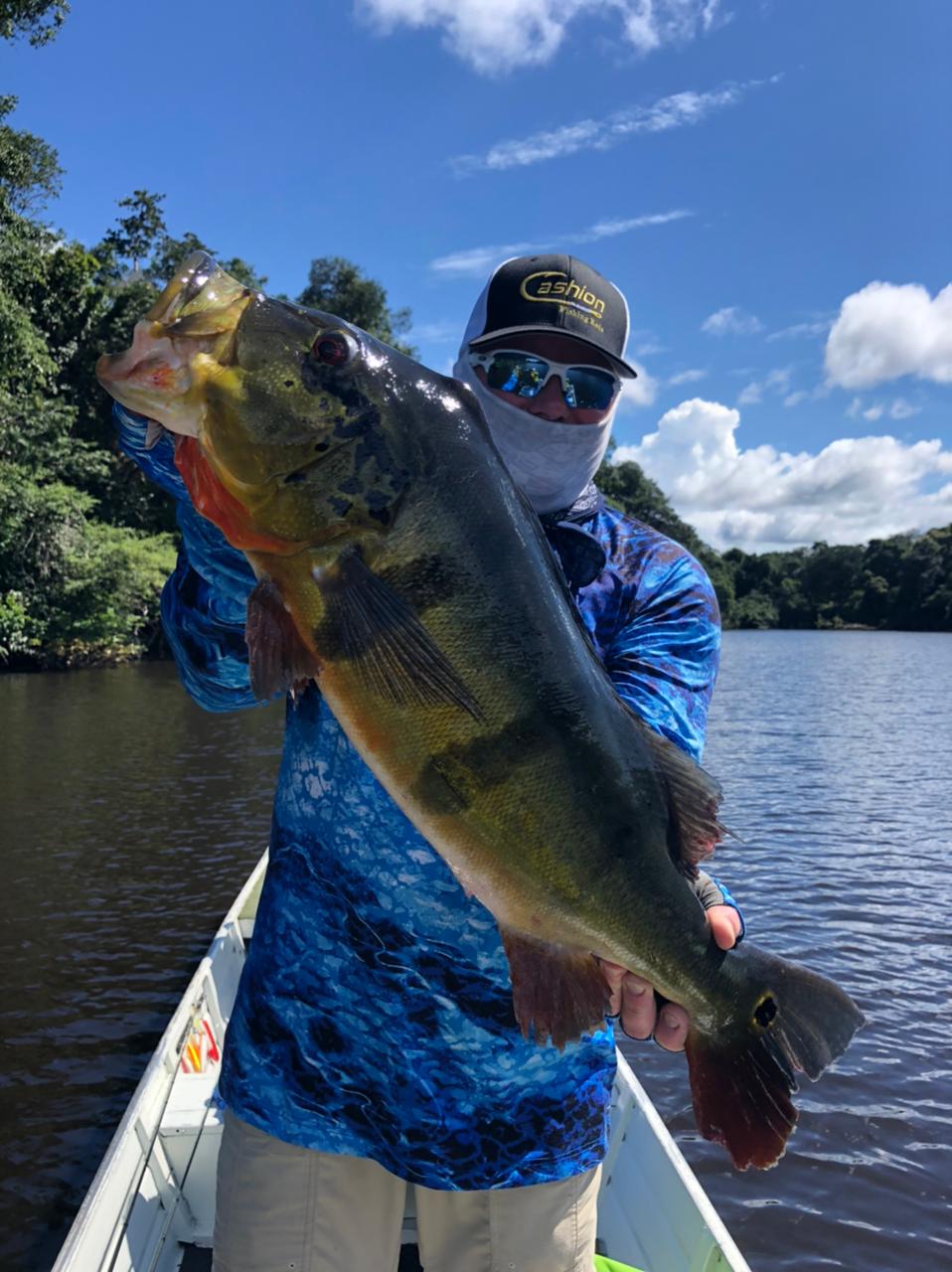 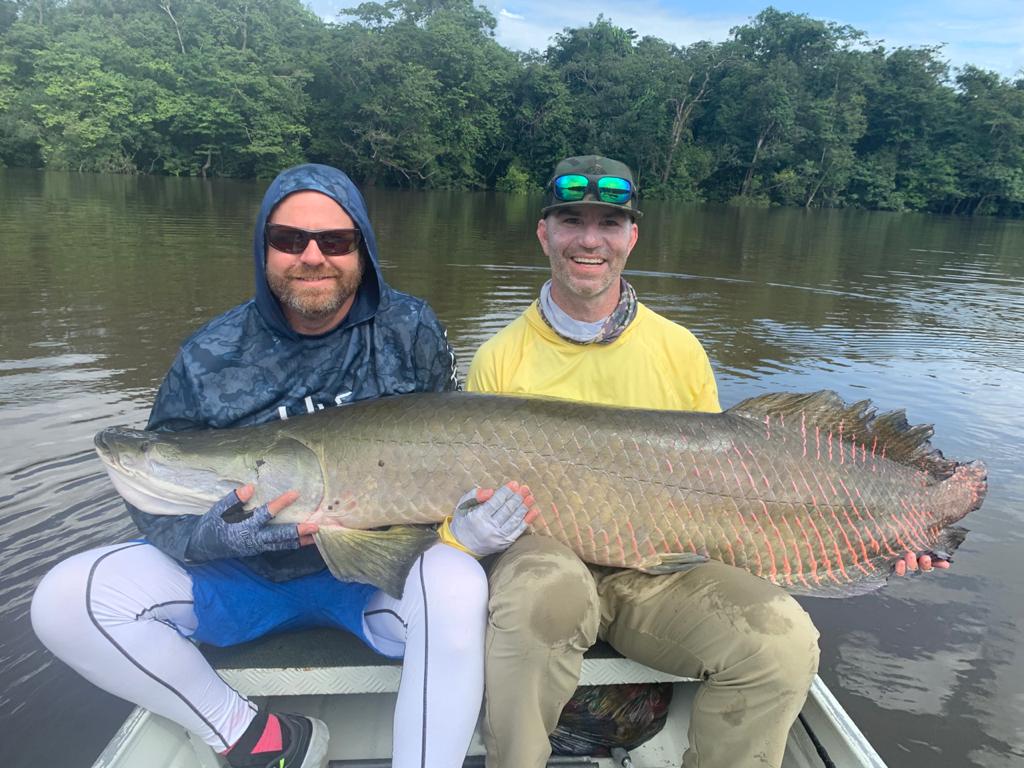 This brief report was put together last night by our HQ Staff in Montevideo, Uruguay, to alert incoming anglers to the actual conditions they will find on arrival next week in Curicuri in the Omero Lake System north of Manaus. Water levels were dropping as forecasted and fishing popped up on Monday. The Omero Lakes are in our North East Zone which typically enjoys low water this time of year (see map below). At this writing, the 2 parties of a total of 11 anglers, fishing with party leader Jim English and Brian Pratter on Fly-In River Trains II and IV had landed 146 fish on Monday, twenty of which weighed more than 10 pounds plus a 17, a 18 and a 19 pounder. Fishing numbers are going up rapidly now day by day as the last water pours out of the jungles and becoming clearer. We mentioned this possibility in our last fishing report, noting that “Omero water levels could go up a bit more due to last week’s rainfall, but should then stabilize and fall over the next four to six days.” The good news is, water levels will continue this trend and stabilize 2-3 feet below the jungle line as of Thursday, and fishing is expected to be excellent at least for the next two weeks (see water level report below). That is not to overlook the fact that the departing party last week managed to catch some fish and had a great time, with a couple of big fish including Arapaima, Aruana, Sardinata, Tambaqui and Apapa (see last week’s gallery). 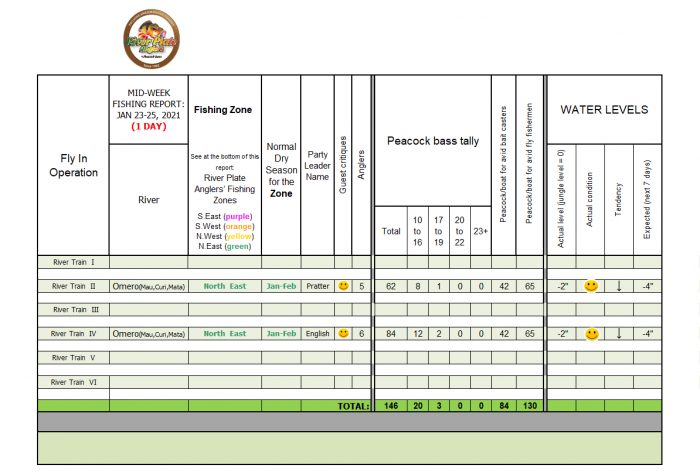 Click on the table to see the full image.

As we forecasted, fishing last week was still marginal since water levels were still at the-jungle-line on the Omero Lakes. As this is written water levels are ½ foot below the jungle line and lower in some areas. The real good news is, water levels will be excellent, which indicates that our 10-day forecasts for very little rain were very accurate last week. Water levels are expected to continue to drop rapidly on the Omero until Thursday and maintain this level until the end of the season. This is further evidenced in today’s 10-day forecasts as compared to last week’s (see below).

Today’s 10-day accumulated rainfall forecasts  are for the towns marked in green. These forecasts have a direct impact on the Omero lakes in North East Zone.  The 10-day rainfall below the threshold of 1.8 to 2.0 inches means that water levels will be dropping very fast on the Omero.

The prospects looking forward are even better, as can be seen in the 3-Month Rain Forecast Map.

In the map note that our favored area for this time of year, North East Zone, with numbers 1,2,3 and 4, should experience less rainfall than any of our other Fishing Zones. Meanwhile, the Barcelos area, number 5, where most anglers fish (in public waters) is in the high rainfall area colored in blue. And, the city of Manaus as a reference is number 6.

In conclusion, our guesswork would indicate that on the Omero current water levels have gone through the worst point for the season. By the end of this week, conditions should be edging toward excellent.

River Plate Anglers has access to 10 private river areas that drain some 30 million acres of pristine Amazon rainforest populated almost exclusively by indigenous groups that allow River Plate to fish their waters on an exclusive basis in return for various forms of support. Having so many rivers is part of our River Plate Advantage™. The other part of our River Plate Advantage™ is keeping up to date on water levels in all those areas. We do that from an office complex in Montevideo, Uruguay, we have dubbed our Situation Room. There, we pore over river data and weather forecasts basin-wide on a daily basis to ensure our anglers fish waters that are in prime condition. Our competitors, with few waters to fish, poor mobility, and limited insight into basin-wide water level fluctuations rely largely on guessing and hoping. We rely on facts. Here is a zone-by-zone snapshot of what is happening at the three Fishing Zones not mentioned in this report:

North West Zone: Water levels in this zone up to 400 miles north west of Manaus are too high, which is not normal for this time of the year. Therefore, we have moved most of our stand-by operations out of this zone and into the above mentioned Omero lakes system.

South East Zone: Water levels in this zone 150 miles south of Manaus are high, which is normal for this time of the year.

South West Zone: Water levels in this zone 400 miles south of Manaus are high, which is normal for this time of the year. 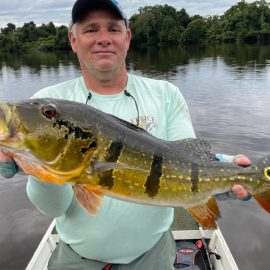 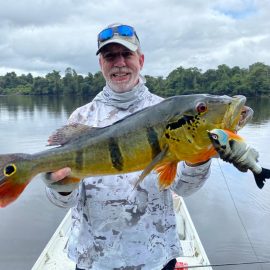 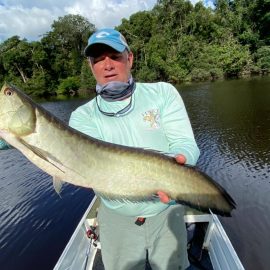 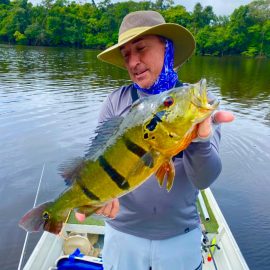 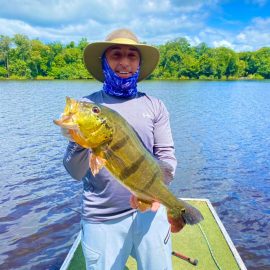