OMERO LAKES FISHING AT ITS FINEST !

Last week the Coimbra group (10 anglers) landed 1.974 peacock bass with 117 above the 10lbs. mark at the Omero lakes fishery. Last weekend the McCann group had a great start and in only 2 1/2 days landed 994 peacock bass the largest of which weighed 17lbs. and, 2 pirarucus over 50lbs. Other species caught included aruanas, pirarucu, pirapitinga, cara, surubi, cachorra, tambaqui and the traditional piranhas, making a challenging mix even for the more savvy anglers. Camp reports that best working lures are yozuri, joao pepino, perversa, propellers and jigs.

The Simpkins group (6 anglers) fishing last week at the Jufaris landed 948 peacock bass the largest of which weighed 16lbs. Water levels at the Jufaris continue to a bit high but dropping. This week´s arriving groups endured some heavy rain episodes and had a slow start, fishing conditions are expected to improve significantly during the rest of the week, see forecasts below.

Water levels are a bit high but dropping rapidly, except for Omero which is excellent and where most of groups will be fishing next week.

Water levels are high, closed for the season, which is normal for this time of the year.

Water levels are still very operative, as a contingency for unexpected water level variations in the North.

Water levels are a bit high but fishable, the Branco basin forecast is better and we are having an early start here. Weather forecasts are good for the rest of the week. 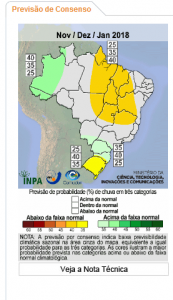 The above diagram depicts the rainfall probability for the next three months. The light green zone in the North forecasts a probability of about 35% that the rainfall will be above the historical mean. Therefore, the dry water cycle is expected to develop almost normal in the coming months in the North of Manaus (Dry-Zones N.West and N.East). 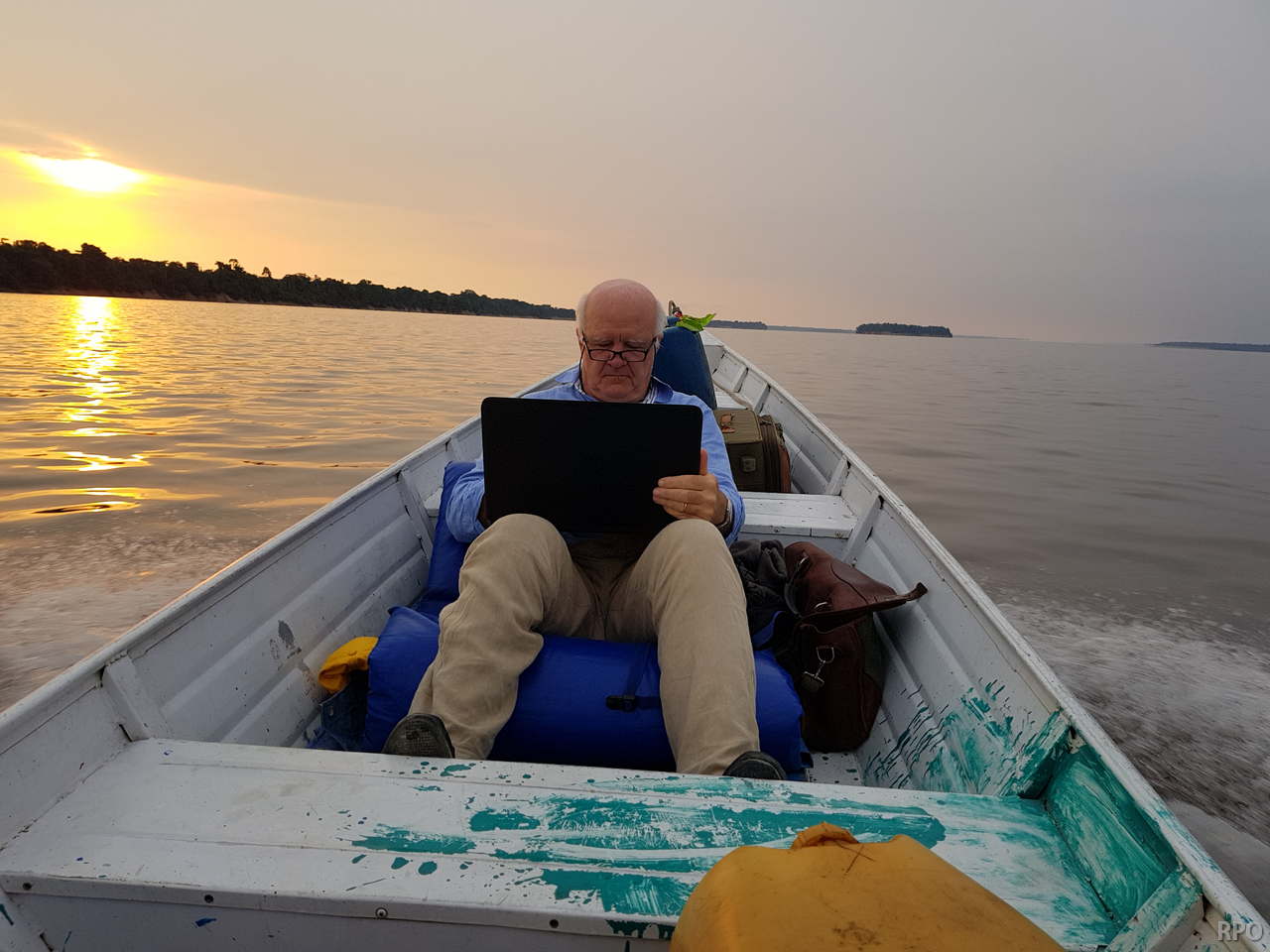 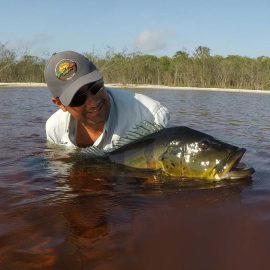 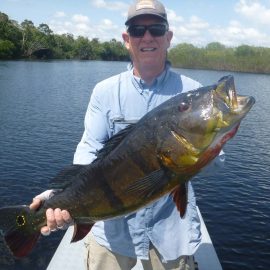