Now fishing in the Roçado, Jufaris (upper and mid) and the Omero lakes private fisheries. 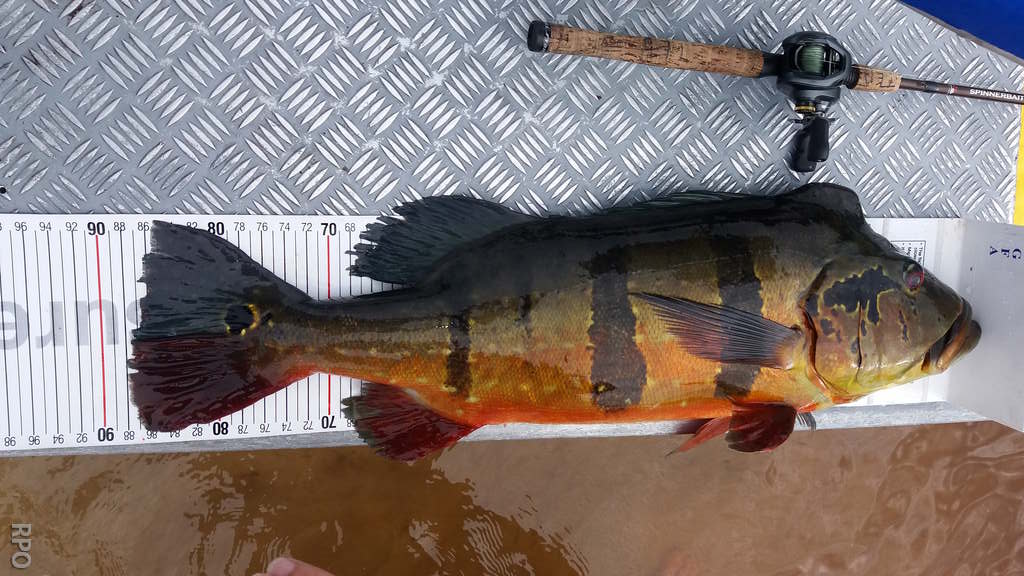 Note: this 2 1/2 days report is to rush last weekend’s conditions to our incoming anglers.

Roçado private fishery in Dry-Zone N.West – The Trusk group of 8 anglers arrived last Saturday, and have already landed 9 trophies above the 20lbs. mark, the largest of which was 25+lbs. and the tally has way passed the 120 mark for the weekend. Fishing conditions remain good although water levels have risen a bit.

Omero Lakes in Dry-Zone N.East – The De Faria group arrived on Saturday and had a soft start landing  a mean of 38 peacock bass per boat per day, largest of which were 14lbs., again the basket included several other species as pirapitingas, aruanas, pirarucus, pirararas (red-tails), surubims, and black piranhas (see gallery below). This group is taking it easy, last week´s benchmark left by the Leonetti group totaled a stunning 2.063 peacock bass.

Jufaris (upper and mid) in Dry-Zone N.West – We received in our single occupancy floating suites in the upper part of the river towards the fountain head the Huston group of 4 anglers that had a great start landing 297 peacock bass the largest of which was 20lbs. Bicudas, cachorras and trairas were also present in the basket.  Simultaneously the Lennon group of 6 anglers enjoyed the mid part of this fishery, landing in just 2 1/2 days  348 peacock bass with the largest weighing 18lbs. 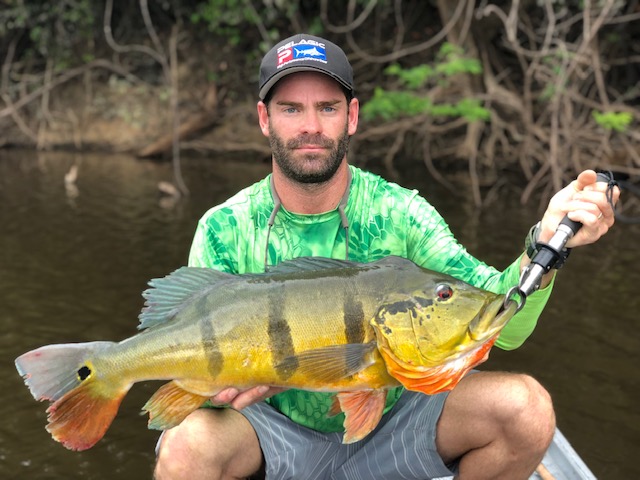 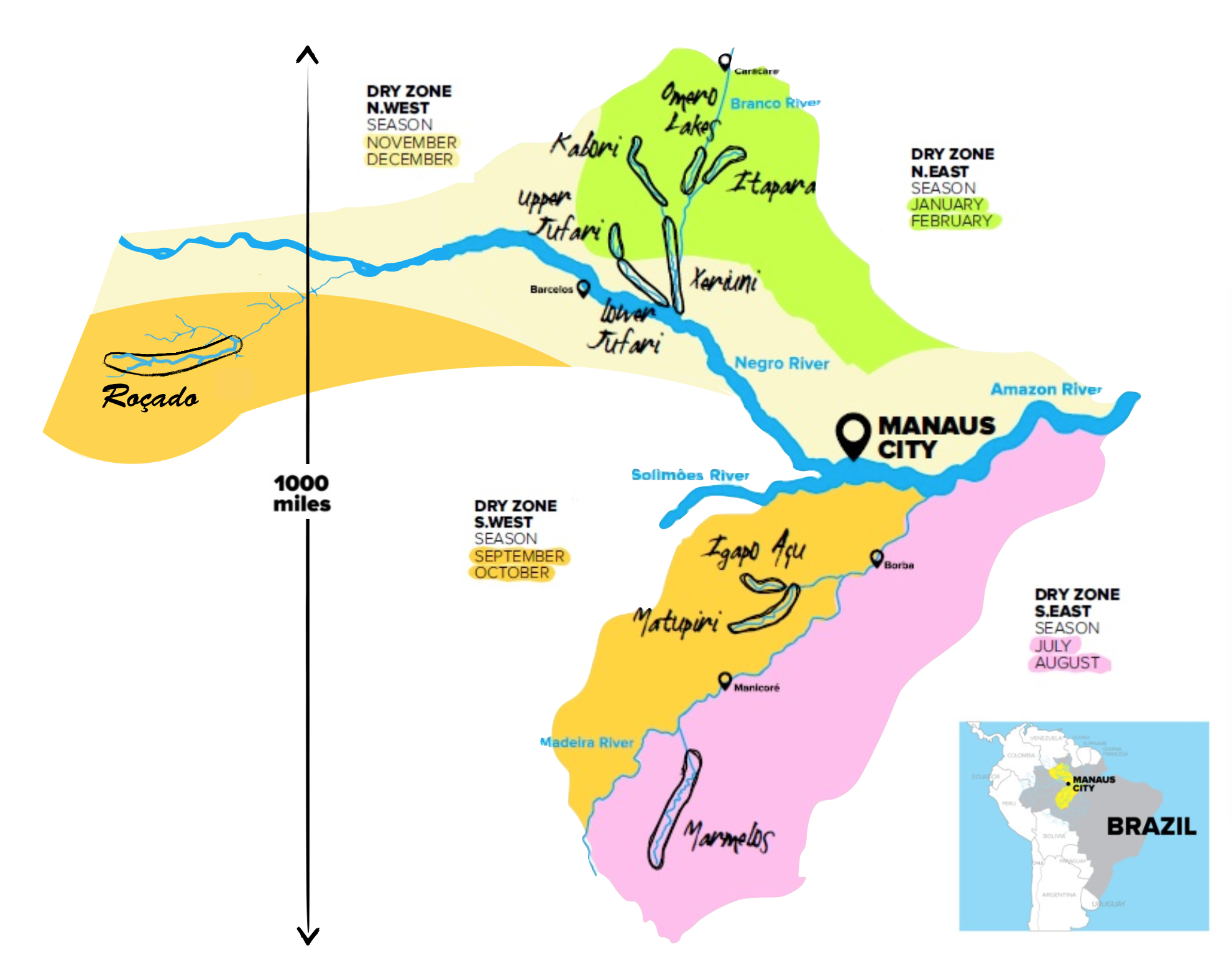 Water levels stabilized and slightly rising on the Negro River in  the Santa Isabel area (Tapurucuara – see graph below). Levels have also risen a bit in the Negro in the Barcelos area. Rainfall keeps overcoming the drainage; however, the Roçado fishery is expected to maintain very good fishing conditions in the coming week. 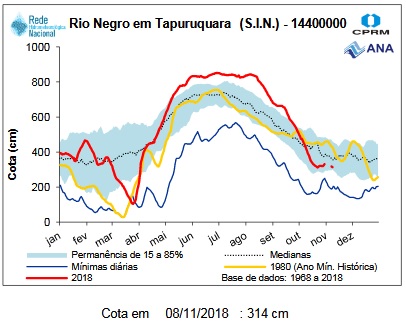 NOTE the red line are 2018 water levels, the light blue strip is the 15 to 85% probability, the dotted line is the median and the yellow line is the historic 1980 minimum, which indicates that today´s  lower water levels should have occurred earlier 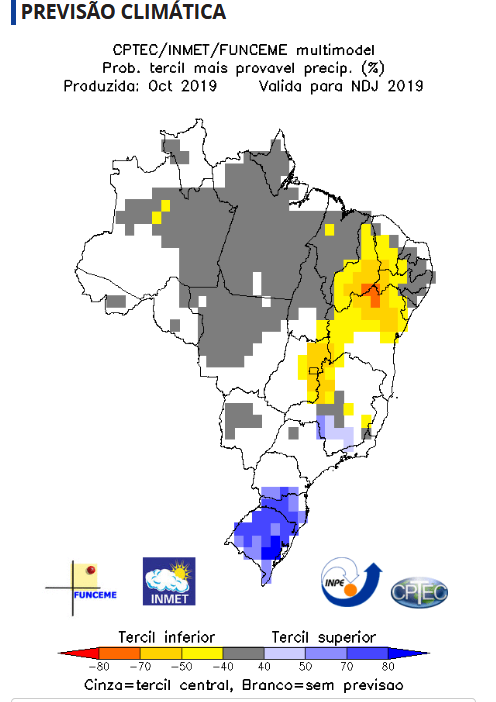 Weather forecast for Santa Isabel, in the area of influence of the Roçado private fishery shows some rain episodes for the rest of the week, water levels are expected to rise a bit further.

Rainfall forecast and water level report for the Caracarai station upriver from the Omero lakes confirm the dropping tendency and good fishing conditions in the Branco Basin. 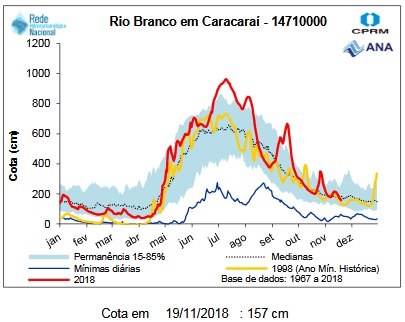 Infography below depicts the rainfall forecast in the coming fortnight with respect to the historical mean showing no significant anomalies for the region affecting our private fisheries. 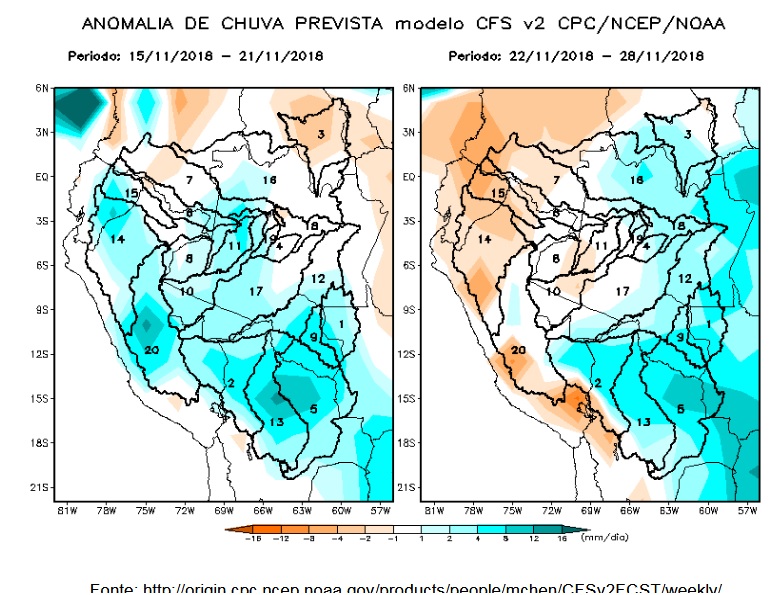 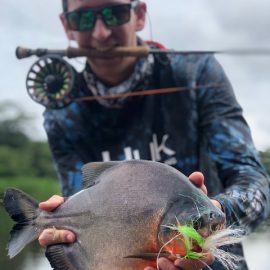 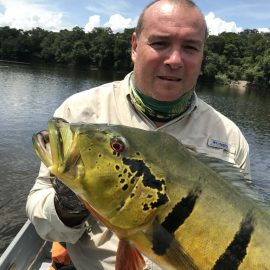 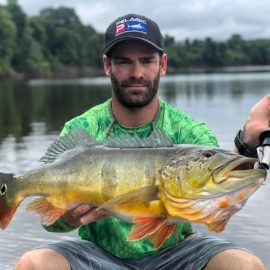 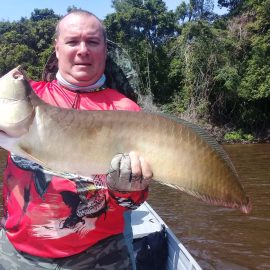 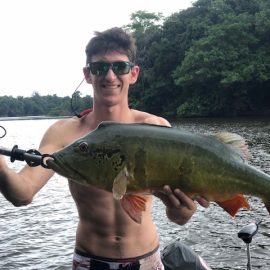 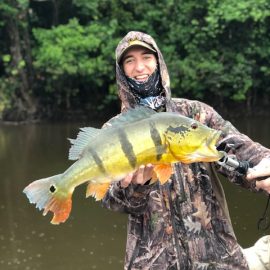 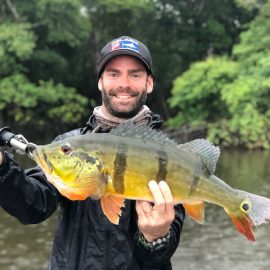 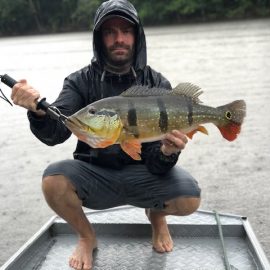 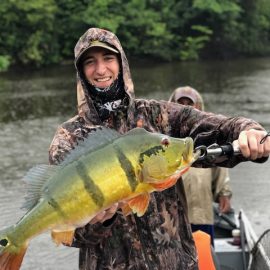 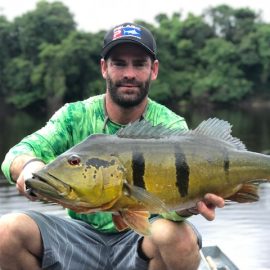 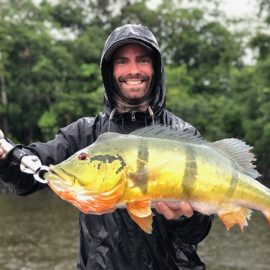 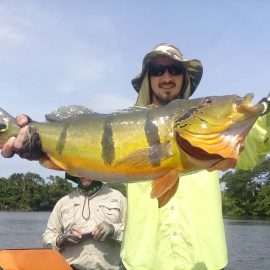 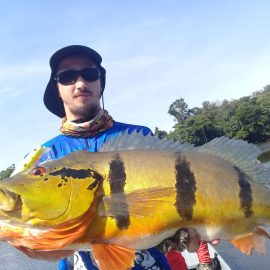 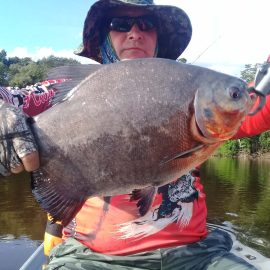 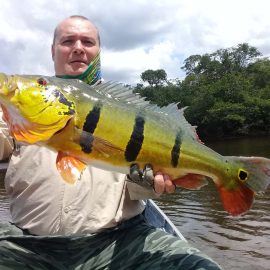 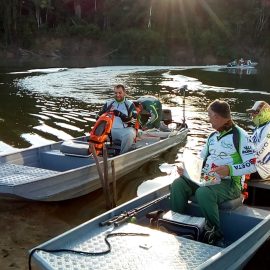