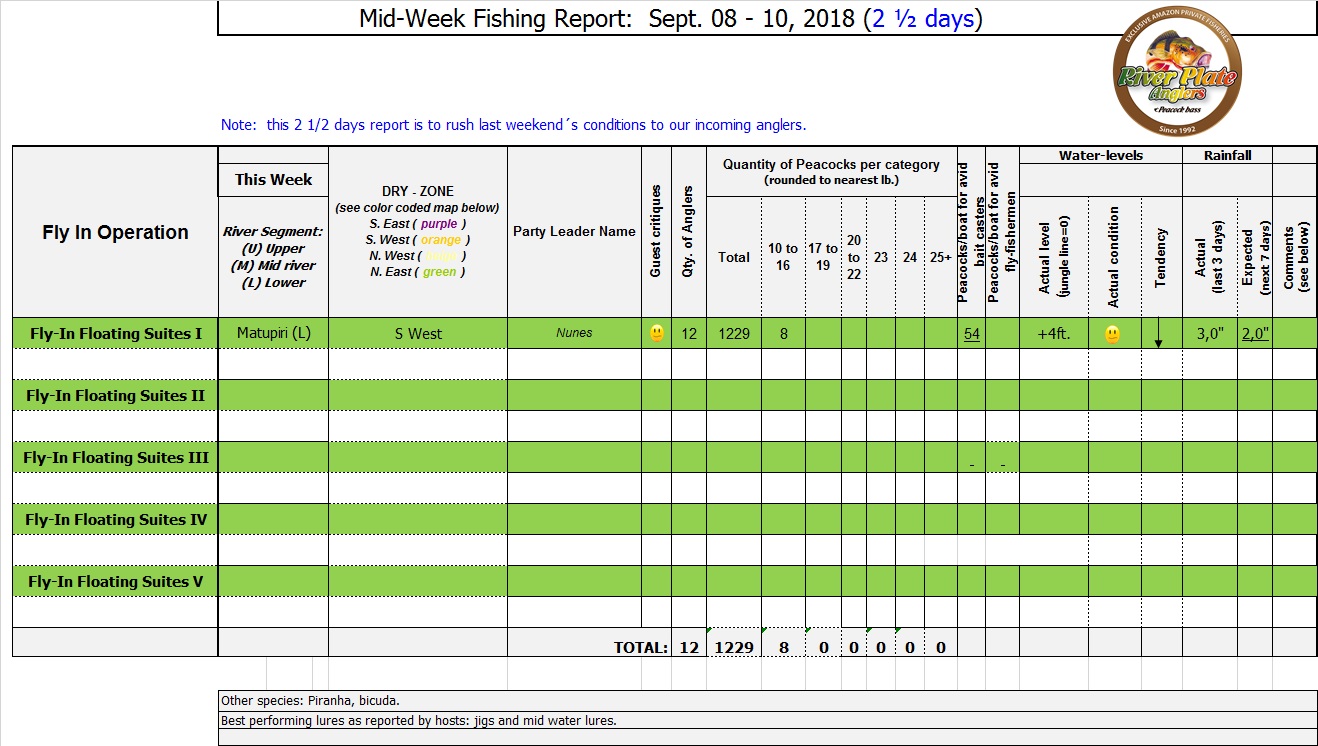 Last weekend the Nunes group broke waters at the lower Matupiri river private fishery. Although anglers endured some heavy rain episodes they managed to land 1.229 peacock bass in just 2 ½ days. Water levels are still a bit high but unquestionably fishable. Floating suites will be moving looking for the best places to maximize anglers trophy chances. All anglers are baitcasters and camp host reports that mid water lures are the best option in this scenario.

Water levels are still a bit high but very fishable, they are expected to keep dropping.  The Matupiri basin is midway between Humaita and Itacoatiara stations (see diagrams below) confirming our forecast. 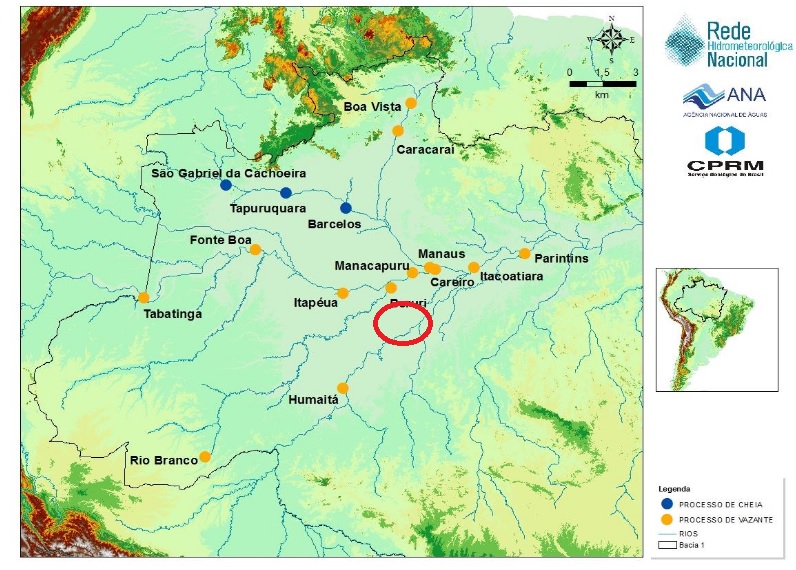 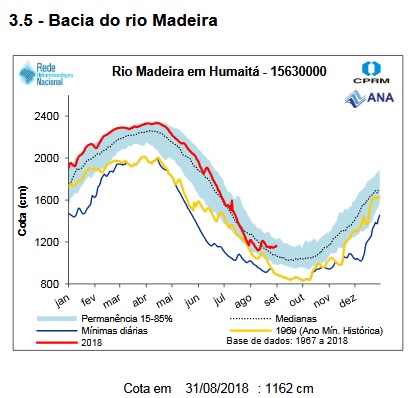 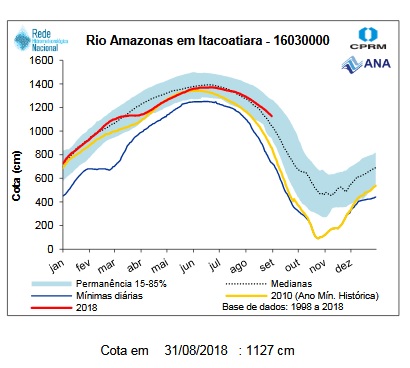 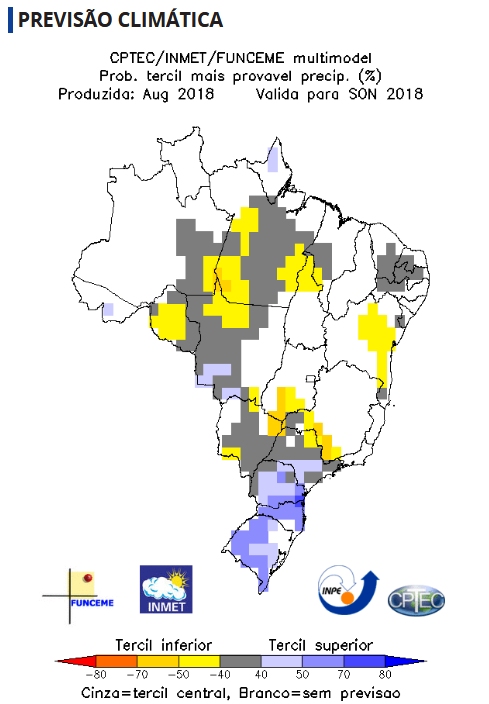 Rainfall forecast for Sept. Oct. Nov. : NOTE that the yellow area at the North affecting the Amazon basin and our fisheries makes us believe that it might have a positive influence (70%) in our fisheries, averting extreme high water levels for the rest of the season.

Weather forecast for Borba,  in the area of influence of the Matupiri private fishery shows some normal mild tropical storms with some spot rainfall for the rest of the week, supporting the expected water level dropping trend.

Water levels are high and have already peaked in the Barcelos area. It is still closed for the season, which is normal for this time of the year. Water level graphs, indicate that most probably this Season we will be having a similar pattern as last year at the Negro and Branco basins.

Water levels keep descending and we have decided to move out of this region mainly for preservation reasons having reached the established capacity for the season as mentioned in previous report. The region will be closed until next season in 2019. 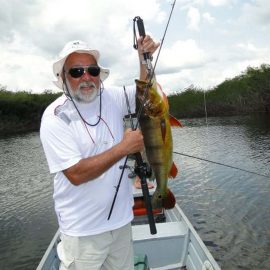 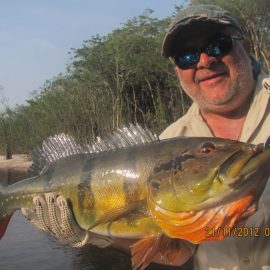 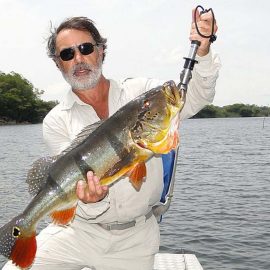 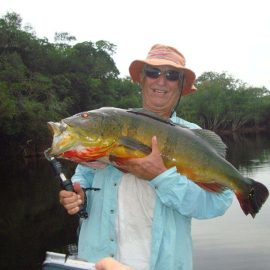 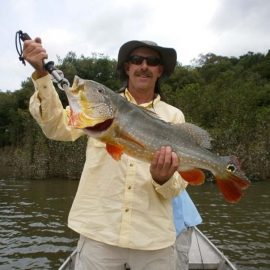 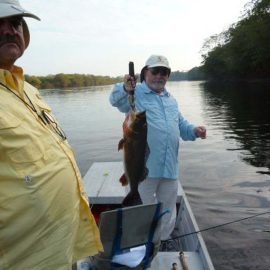