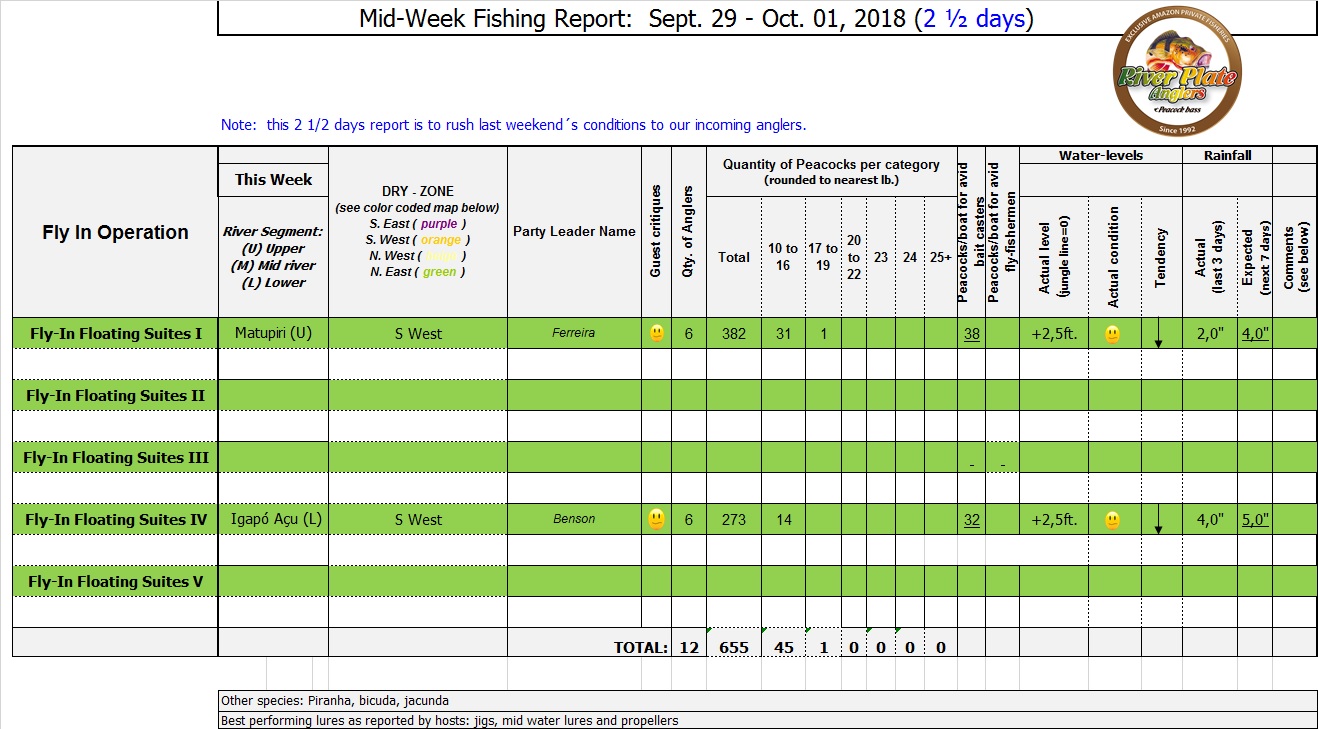 Last Saturday we received the Benson group who are breaking waters at our Igapó Açu river private fishery, Floating suites stationed in the lower part will be fishing their way upriver looking for the best fishing areas.  The Ferreira group (also a small group of 6 anglers) arrived simultaneously to the upper Matupiri where they already set a benchmark trophy of almost 19lbs. in the last 2 ½ days. Although water levels continue to be a bit high they continue dropping and are very fishable.

This week our scouts have reported that our new fishery at the headwaters of the Uneuixi river is very near to presenting good fishing conditions. We will be determining water breaking dates in the next few days.

Water levels are still a bit high but very fishable, they are expected to keep dropping.  The Matupiri/ Igapó Açu basin is midway between Humaita and Itacoatiara stations (see diagrams below) confirming our forecast. 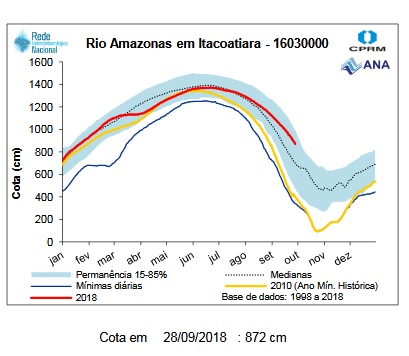 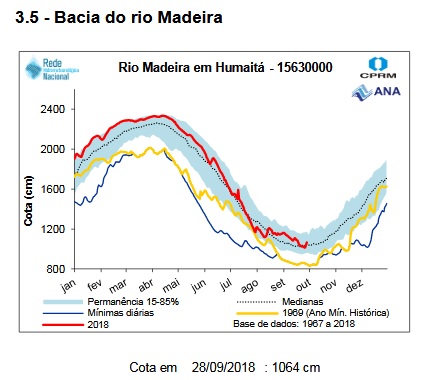 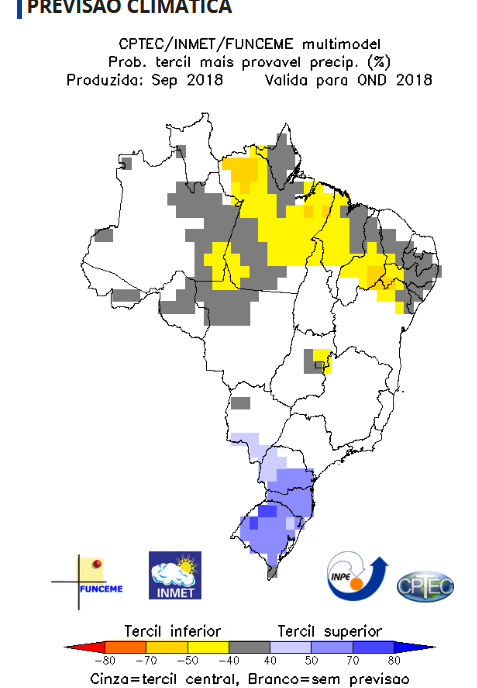 Rainfall forecast for Oct. Nov. Dec. : NOTE that the yellow area at the North affecting the Amazon basin and our fisheries makes us believe that it might have a positive influence (70%) in our fisheries, averting extreme high water levels for the rest of the season.

Weather forecast for Borba,  in the area of influence of the Matupiri private fishery shows no significant rain episodes for the rest of the week, supporting the expected water level dropping trend.

Water levels are high and have already started dropping in the Santa Isabel area (Tapurucuara – see graph below). It is still closed for the season, which is normal for this time of the year. Water level graphs, indicate that most probably this Season we will be having a similar pattern as last year at the Negro and Branco basins. 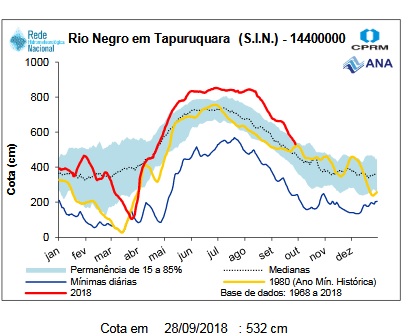 Note: red line are 2018 water levels, the light blue strip is the 15 to 85% probability, the dotted line is the median and the yellow line is the historic 1980 minimum.

The region will be closed until next season in 2019. 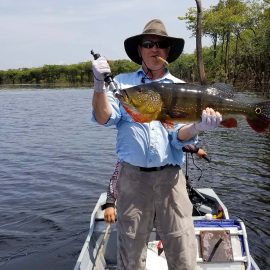 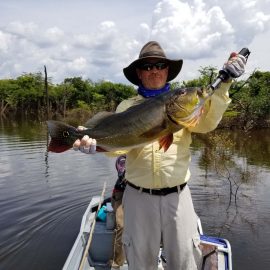 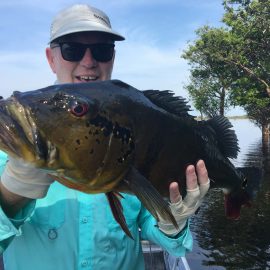 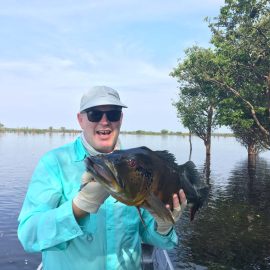 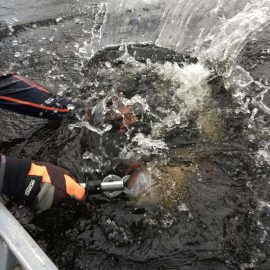 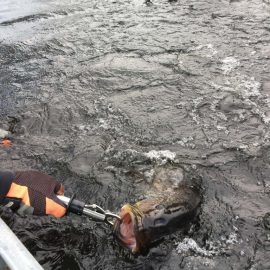 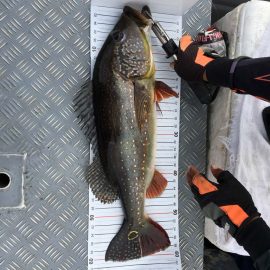 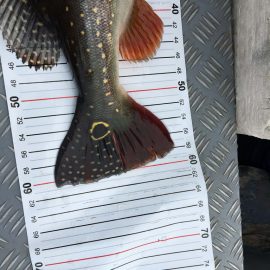 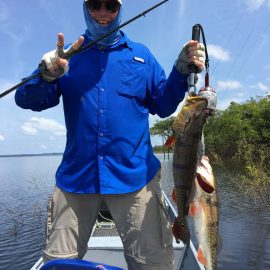 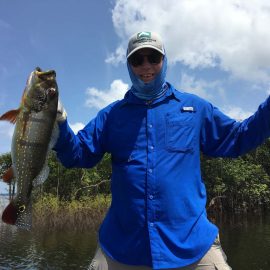 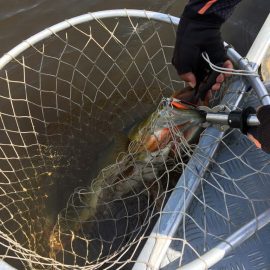 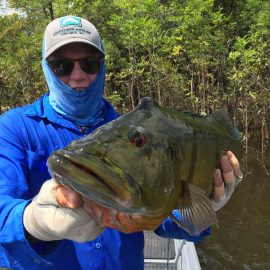